Just as the ELECTRIC HOME captured headlines in the 1920’s touting the benefits of pre-wiring a home with high voltage electrical wire to enhance the entertainment, comfort, and security of the modern 20th century home – today’s SMART HOME headlines (almost a century later) – promote the same benefits of living in a networked home wired with low voltage wiring. Today we take for granted the benefits of electrical wiring in the home but almost a century ago the concept was a new as the Smart Home is today. Tomorrow the low voltage wired Smart Home will be acknowledged as a necessity for all homes just as the electrically wired home is accepted today.

To educate the 1920’s homeowner on the benefits of a well planned electrical infrastructure Philadelphia Electric ran this enlightening ad touting the numerous advantages of purchasing and installing Electric Appliances in the home (which cyberManor slightly modified to show the same benefits of Networked Appliances in today’s modern home). 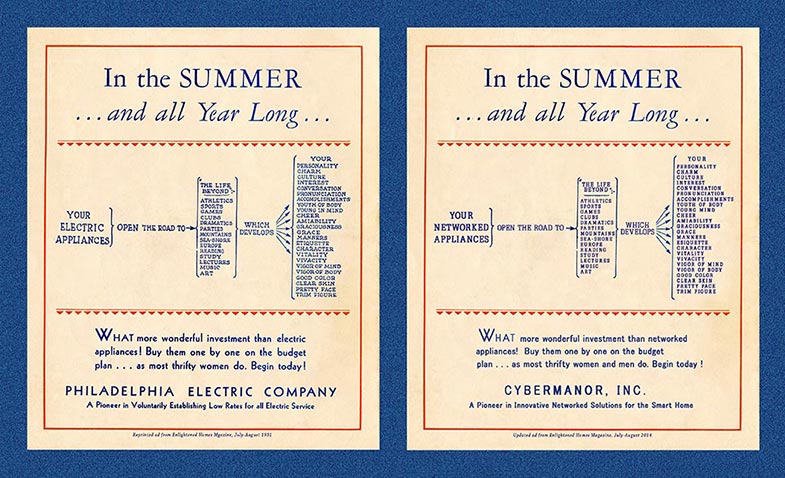 With interest in the new electric home rising in the early 1920’s, Buster Keaton released his silent comedy hit, THE ELECTRIC HOUSE, to showcase the benefits of living in a home enhanced by the benefits of electrical wiring. Buster Keaton is the apprentice botanist-turned-electrician that modernizes the home of his college professor. He installs several wonderful labor saving electronic conveniences, including a bathtub that conveniently comes from the master bathroom to the bedroom, a bookcase that hands out a book from the bookshelf and a toy train that delivers dinner from the kitchen to the dining room table. But of course, all of these wonderful labor saving devices don’t always work as planned – and Buster Keaton humorously portrays the drawbacks when things go awry.   If Buster Keaton were alive today he probably would have had great success with a similarly scripted movie entitled THE NETWORKED HOUSE!

Then in the mid-1920’s General Electric ran the following national advertisements promoting the benefits of installing electrical wiring in the home. The radio, dishwasher, air conditioner, electric oven, burglar alarm, electric lighting, doorbell, refrigerator, vacuum cleaner, iron, water heater and many more products were all new, innovative products that required a home be wired with a well planned electrical wiring infrastructure. In these national ads GE promoted an informational booklet, called The HOME of a HUNDRED COMFORTS that clearly described the benefits of installing high voltage, electrical wire throughout the home. 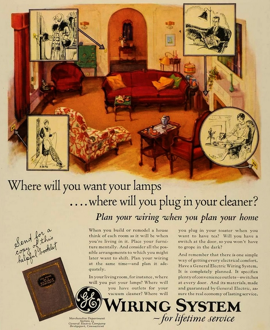 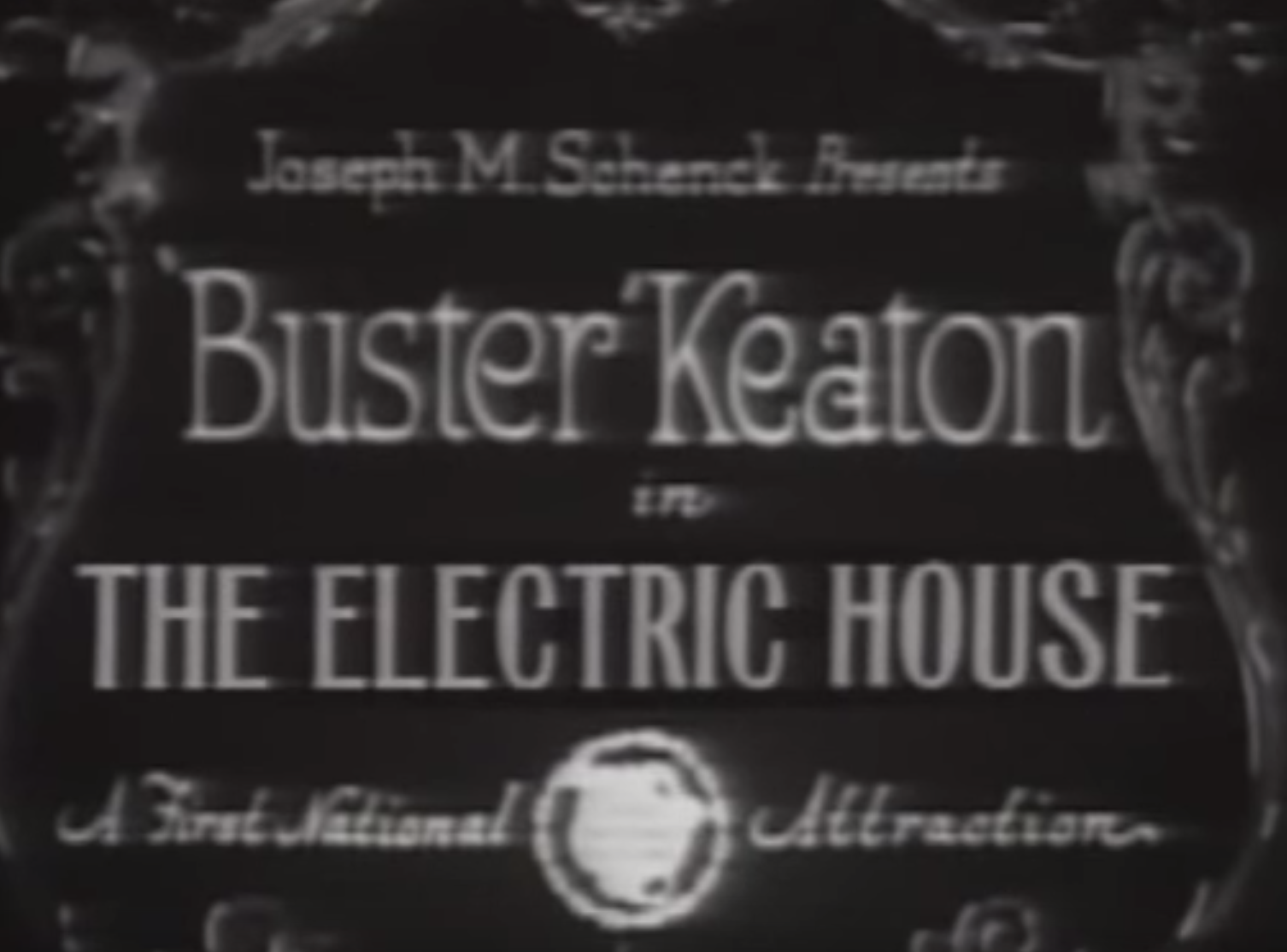 Almost a century later cyberManor tells the same story to our new and existing clients – but with a slightly different twist. Now we discuss the benefits of a properly planned low voltage wiring infrastructure that allows networked devices to connect to a high speed network backbone and the internet cloud. We give existing and new clients our SMART HOME MAGAZINE – the modern day equivalent of The HOME of a HUNDRED COMFORTS magazine. In our magazine we review a wide range of intelligent, networkable products connected to a well planned, whole house low voltage wiring infrastructure that enhance the entertainment, comfort, and security of our clients homes.

cyberManor’s updated networked version of The HOME of a HUNDRED COMFORTS booklet, emphasizing the benefits of low voltage wiring, can be read below: