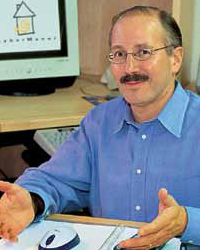 As 2013 unfolds, most of these lighting solutions will become available to ourclients, and it will be very important for custom integrators to know how they compare with high-end lightingcontrol systems that our channel has sold over the last decade. Here’s acloser look at some of the latest lighting control solutions.

Philips launched its Hue lighting control system in mid-2012. Its product first was an LED light bulb that had IP connectivity built in. These dimmable LED lights can be installed in any standard light fixture and wirelessly connected to a Philips Gateway over a standard ZigBee mesh network and controlled from Apple iOS or Android devices. One can even change the bulbs’ colors to any color of the rainbow. In the technical literature, Philips said that up to 50 bulbs could be installed on one gateway, providing lighting control for a significant number of lighting fixtures.

The most obvious limitation is that Philipsdoes not have a lighting control switch or dimmer; you must use an existing light switch. Any dimming or scene selection control has to be done from a smartphone. Also, only lights with traditional light sockets can be replaced and controlled with the Philips Hue bulbs–bulbs based on low voltage transformers (for example) cannot be changed. Finally, this solution does not address the issue of multiple light switch/dimmers on the wall.

This lighting control solution allows one to swap out any light switch with this Wi-Fi based product. The switch itself will cost only $49 and can control an entire circuit of almost any type of lighting. The Belkin WeMo light switch does not require a ZigBee bridge and can be scaled to include all the light fixtures in the home. The Belkin application can discover all of the WeMo-enabled light switches, and they can control them from a smartphone or tablet.

The primary disadvantage of this solution is that Belkin currently does
not have a dimmable switch solution–but according to representatives,
this is a feature they hope to release by the end of the year.

nuLEDs’ IP-based lighting control systems takes advantage of the increased power transmission (over standard Cat-5/6 wiring), provided by the new Cisco Universal PoE standard (up to 60 watts in power), and the reduced power requirements of LED lights. Couple these trends together, and one can create a lighting control infrastructure that only requires low-voltage Cat-5/6 wire pulls to each Universal PoE lighting fixture from a head-end Universal PoE switch–an architecture similar to what we currently install for many IP based camera security solutions.

A different approach to powering LED lights over Cat-5 wiring is promoted by a new Indiana company called LumenCache. The LumenCache architecture allows LEDs to be wired more like a home network than like incandescent lights. The company accomplishes this feat by eliminating the AC/ DC driver circuit from the light fixture and moving it to a reliable head-end converter module to charge and power all lights. The backbone of the LumenCache system is the Power Distribution Module (PDM), which creates up to 16 control channels, each of which can support groups of lights, sensors, switches, and keypads, depending on which “Puck” is snapped into the circuit.

“The IP-based network
connectivity of lighting
control is moving from the
head end out to the light
switch, and even the light
bulb itself.”