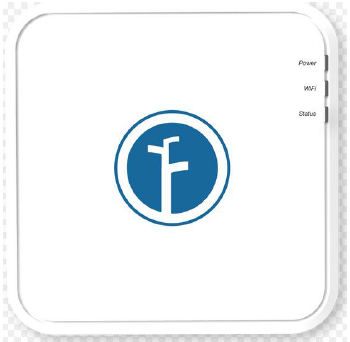 At cyberManor we consider ourselves to be the digital consultants and curators for our client’s homes. One of the key values that we offer our customers is the ability to vet the products that we consider to be the best of breed in a given product category. In our multi-app solution strategy we look for vendor companies that have demonstrated that they are platform leaders in a given category – such as whole house music, TV, lighting control, or HVAC control. For years we have been looking for an equivalent leader in residential irrigation control and we strongly believe we have finally found that platform from a company called Rachio based in Denver, Colorado.

For cyberManor’s clients and my own home I have always wanted an intelligent irrigation controller that was easy to control from a browser and/or mobile controller. My home’s first irrigation controller, like almost everyone’s home, had to be programmed using an archaic rotary dial and push button keypad and would water our lawns rain or shine. With the broadband connection we had in our home 15 years ago and our company’s ability to connect intelligent devices to the home network and the internet – the search was on for an intelligent irrigation controller that would at least stop watering the lawn when the local weather forecast called for rain. I found one such intelligent system in the early 2000’s and while it accomplished the task of only watering our lawns on non-rainy days it was still very difficult to program since it was engineered as a commercial irrigation controller, not for the simpler needs of a residential irrigation system. And it cost over $2,000 – it would take a lot of water savings to justify this price point!

Over the years I replaced that early intelligent controller with two subsequent intelligent irrigation systems that got closer to my goal of intelligent irrigation control and an easy to use and program browser and mobile interface – but they still were relatively primitive. The controller apps were rudimentary and limited and the browser interface required a browser plug-in that was slow to load on most desktop or laptop computers. I had gone through this same iterative process with intelligent thermostats until the NEST came along and finally one company had got it right – a well-orchestrated blend of elegant hardware and software engineering. In my opinion, the NEST equivalent for engineering excellence has now arrived from a new company called Rachio and its IRO irrigation controller. 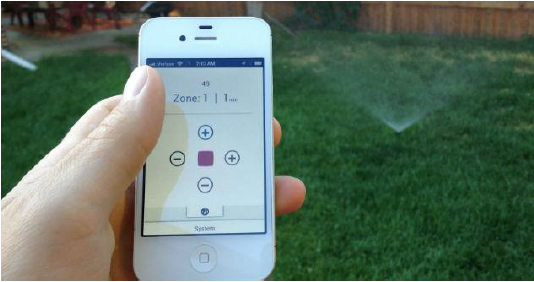 Three months ago I installed the $249 eight zone IRO controller at our cyberManor Smart Home Experience Center to control our outdoor irrigation zones. It has lived up to, and exceeded, all my expectations as to what an intelligent irrigation controller should be – easy to control and program from the web or a mobile device, reliable, responsive, and local weather forecast intelligence. And they have gone several steps further – Rachio is a Works with NEST and IFTTT partner. If a NEST Protect is installed in the home and the IRO detects a heavy amount of smoke indicating a fire hazard the sprinklers will turn on. With IFTTT integration you can track IRO’s watering times in a Google Spreadsheet.

While the Rachio IRO product is a great leap forward compared to the smart irrigation residential controllers that are currently on the market there are a few items that I would like to see implemented in a future release of their product, as listed below:

Despite these minor limitations the team at Rachio has come out with a great residential irrigation controller and I expect that their early success will financially enable them to engineer significant enhancements to their product in the months and years to come. This is the definition of a great product platform for the home – one that actually improves over time with software updates from the cloud at no charge to the client. It is a formula that has worked exceptionally well for Sonos and NEST and I would expect the same for Rachio. Welcome Rachio to our custom integration world.