Stream Music from your iPhone or iPad to your Piano

Stream Music from your iPhone or iPad to your Piano

During the last fifteen years that I have been reviewing, selling, installing, and supporting home entertainment, security, comfort, and networking products I rarely come across a product that exemplifies the benefits and enhanced enjoyment of a connected home as well as the iQ Music System from PianoDisc that we installed in our Grand Piano at home.

The PianoDisc iQ system does so much more than today’s existing piano players that are limited to input from discrete floppy disks or CDs and controllable from primitive IR remotes. Now one can enjoy a product with a potentially limitless database of piano music, playable in any playlist, and controllable from any iPad or iPhone in the home.

The center of the iQ system is PianoDisc’s patented 88-note SilentDrive™ playback system. SilentDrive’s electronics are virtually invisible under the piano yet they control all aspects of a performance from piano key to pedal response. In addition to the SilentDrive playback system an IQ Control Box is installed under the piano to provide orchestral and/or vocal accompaniment to songs that have been recorded with this additional musical content. These recorded songs will playback the piano recordings via the piano keys and the orchestral and/or vocal accompaniment to an amplified speaker bar located underneath the piano or to an installed whole house audio system.

The last component installed under the piano is simply an Apple TV. The Apple TV receives the streamed PianoDisc recordings from an iPhone or iPad and directs this music to be played back via the SilentDrive system to the piano and the amplified speakers. The iQ system can play music from the entire PianoDisc Music Library, which includes performances by scores of award winning artists, including Grammy winners, Billboard Top-Ten artists and the winners of major international piano competitions. PianoDisc even runs an Internet server which broadcasts specially-encoded piano music that can be streamed directly to the iPad and then sent to the piano for playback – no local piano song content is required! And if a PianoDisc PianoVideo™ is played the music will play live on the piano and a thrilling high definition video stream will be sent to an HDMI TV attached to the Apple TV. For a live PianoDisc PianoVideo™ demonstration please visit this Feeling Good concert video from Michael Buble.

On the iPad or iPhone a software application written for PianoDisc by Richie Hayes provides easy cataloguing of all the PianoDisc music, playback of individual songs, albums, or playlists to the PianoDisc iQ enhanced piano, as well as a wide variety of piano/audio controls and playback scheduling times.

The images shown below include the PianoDisc iPhone interface, an image of the Grand Piano with the iPad controller and attached HDMI video screen, and an overview of the technology involved in streaming piano music from an iPad. Please contact cyberManor if you have an interest in viewing this system and receive a customized proposal for installing this amazing Player Piano system in your home. 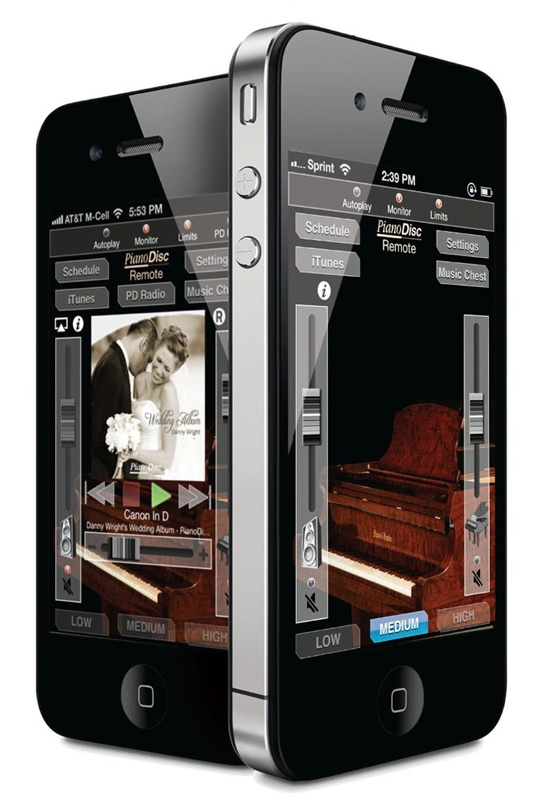 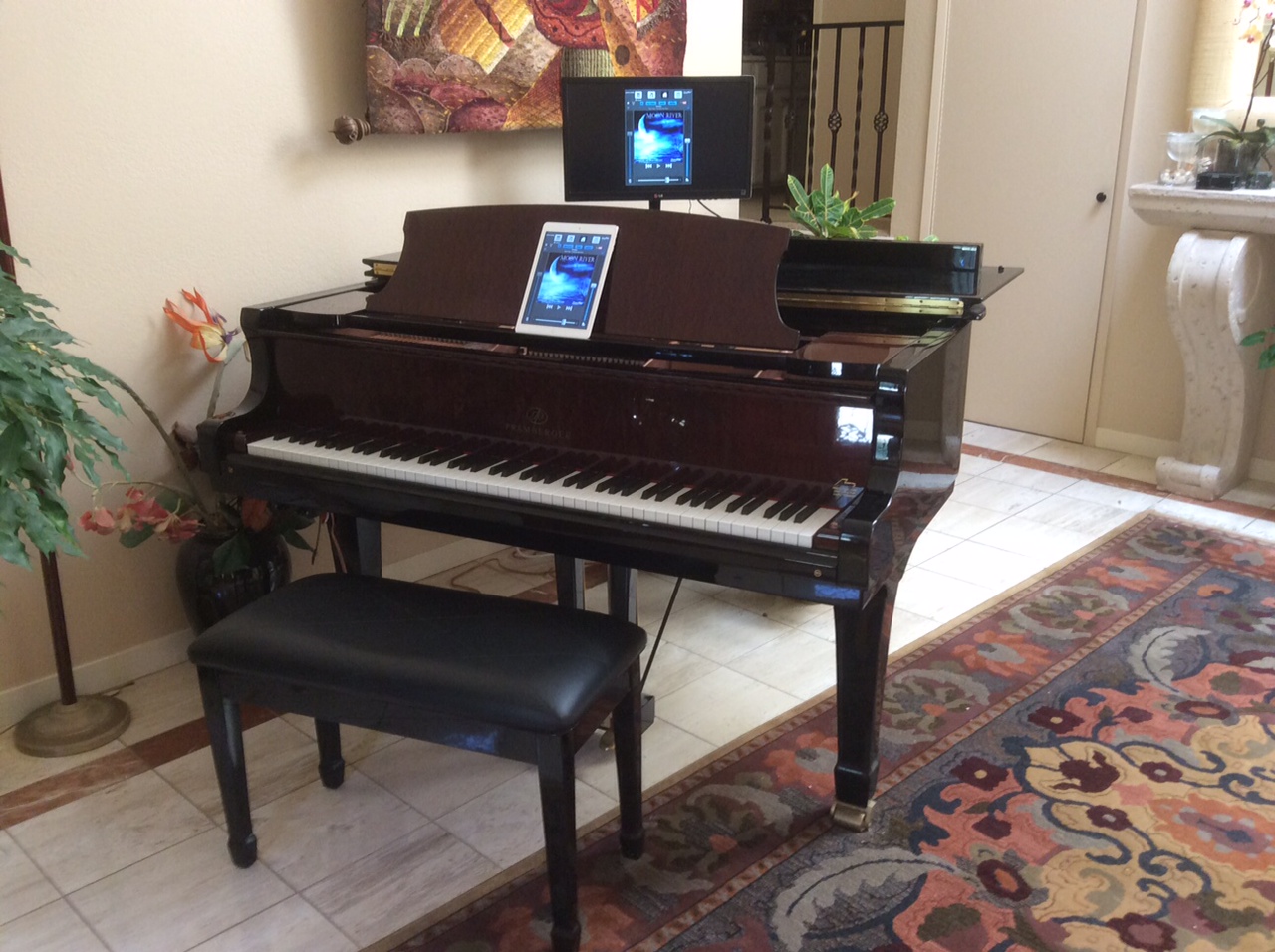